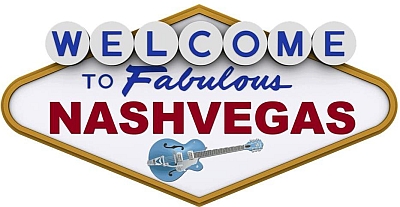 I’ll likely be living in the midst of U-Haul and comic book boxes for several weeks yet, and a small army of contractors are just now wrapping up the initial work to install the myriad data cables and electric runs our masses of computer and studio gear requires. It’s been back-breaking work (including the moving and stacking of some 320 comic book boxes comprising my 50,000+ comic collection!) but I think I see some cracks of daylight at the end of the tunnel.

As far as the town goes, I am becoming mightily impressed with the Nashville area, and Tennessee in general. The music scene is beyond belief–I even managed to take in a couple of shows already (including She Wants Revenge at Exit/In–a legendary nightspot in town).

Tennessee’s a beautiful place to be sure, but probably the most striking thing is how darn friendly everyone is. I’m even on a first name basis with most of the checkout staff at the local Home Depot…although the fact that I’ve been in there 3 times a day for the past month may have something to do with that.

But despite all the chaos, I am managing to type this on an actual computer, on an actual desk (instead of the the “laptop at Starbucks with the ever-colder coffee next to me” routine I’ve spent the past month with), and with any luck, I should be able to make some forward progress on some of the bigger projects I’ve had to sideline since we started the effort to sell our house move some seven months ago. So Viva, NashVegas–I’m really looking forward to all the adventures you have in store for me!

This entry was posted in Life, Music, Uncategorized. Bookmark the permalink.