Baggage Fees and the Decline of Free Hotel Wi-Fi 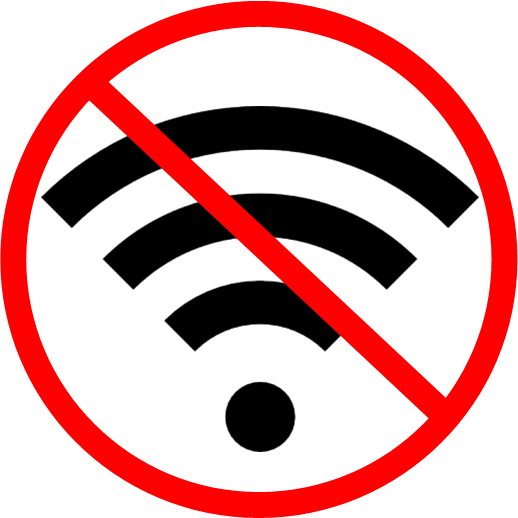 I’m in Las Vegas attending the National Association of Broadcasters show–easily the most informative trade show I attend each year. It’s an unparalleled exhibition of cutting-edge gear for making all things audio and video-related, and I inevitably return with a bad case of lust for something that has at least three more zeroes in the price than the Bickford family budget can absorb without a lot of hard thinking.

That said, NAB’s always an amazing place to learn tricks from people who make multi-million dollar feature films, which can be applied to things as commonplace as tightening up that horrific color cast in our in-house ComicBase barcode scanner commercial of a few years back. (In an otherwise smooth production, I unthinkingly bounced a light off our orange front office walls, giving everyone on screen the look of having just returned from getting a really cheap spray-tan). On the plus side, my tangerine-toned complexion in the video did teach me both a valuable lesson about lighting, and to appreciate the need for accurate camera monitors.

If you haven’t visited Vegas in a while, it’ll likely come as an unpleasant shock that one of life’s great pleasures for the common man–free valet parking at strip casinos–is basically a thing of the past. Free valet parking was once the great meeting of ostentatious casino hospitality and gambler gullibility, letting even the station-wagon-driving dad feel like a king for a brief moment as he passed the keys to the hotel valet in front of Caesars like a bona-fide high roller. At the same time, it set up a “quid pro quo” that encouraged the punters to repay the gesture by risking some of the kid’s college fund inside at the tables.

For over a decade of periodic visits to Vegas, I’d “pay” for my free valet parking by ritually playing $20 win-or-lose on the nearest blackjack table wherever a casino was kind enough to park me for free.  (And of course remember to tip the valet!). But those days, like so many other fine traditions that occasionally made the world of the everyman just a little wonderful, are now gone and buried.

It was a matter of great local scandal two years ago when the heads of MGM resorts decided to do with parking on their strip casinos (both valet and self-park) what airlines had done years earlier with baggage, booking, and countless other fees. I’d spared a hope at the time that casino patrons would rebel in sufficient numbers to cause the big resort chains to back down, but sadly no such revolt took place, and now an industry whose entire basis is to not encourage you to keep close tabs on your money has fully embraced the sort of nickel-and-diming that makes airfares such a labyrinth today.

In booking this year’s NAB trip, I also noticed that the ever-increasing “resort fee” (typically $15-25/day) tacked onto almost all hotel rentals in Vegas now no longer covers wi-fi at a growing number of hotels. This caused me to eschew my old strip favorites for the trip, as the resort, internet, parking, and other fees often more than doubled the stated price of the room.

So this time in town, I explicitly decided to pay a bit more for both the room and the resort fee to stay off the strip at a place explicitly offering free parking and wi-fi. But, like so much in Vegas, there’s a catch even to that: The free in-room wi-fi is limited to two devices per room, and it’s throttled  so hard that it’s useful for little other than email.

Interestingly, the wi-fi down by the hotel fitness center was performing respectably enough to actually let me stream an episode of Lost while working out on the treadmill. But the same episode from my room was soon choked down to modem-like speeds despite showing 5 bars of coverage. Helpfully, the hotel also offers an “expanded” wi-fi option for $5.99/device which promises to perhaps even bring the in-room wi-fi up to the speeds offered by your average Motel 6 in Des Moines, Iowa, but I’m avoiding it for now.

As I type this, I’m a few blocks away at the local Starbucks on Los Vegas Blvd, pulling down a respectable 3 MB download speed, even when shared by the other two dozen coffee-swilling denizens of the joint at 8pm at night.

As the man said: “TANSTAAFL”: There Ain’t No Such Thing As A Free Lunch. And this goes for everything else in life, including wi-fi. So take this missive as a free travel tip to always check the fine-print on your hotel booking, and even then be ready to roll with the punches.

But if you do need to find a good place to sync your Dropbox when you’re on the road, the local Starbucks might just be able to hook you up for the price of a Tall Skinny Blonde Mocha. And that’s not half bad.

This entry was posted in Technology, Travel and tagged Starbucks, Wi-Fi. Bookmark the permalink.