When It’s Deadly Important For Nice People to Be Rude 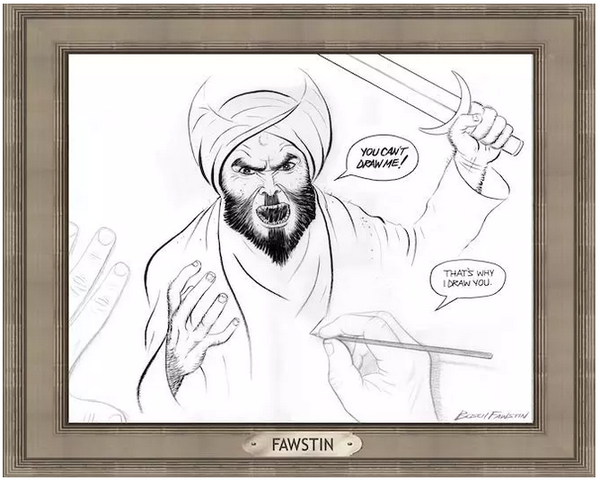 According to some folks–politely known as “psychopaths”–the above cartoon is a perfectly good excuse to commit murder. Hell, in their anally-inserted world view, committing murder over this is practically a moral commandment.

These people are barbarians. Savages. And yes, Islamists.

“Nice People” — a group to which I often deem myself to be a member — try to avoid irritating people unnecessarily. And we certainly try not to poke offense at other people’s religion. It’s rude. It seems classless. And frankly, who needs the grief?

So it is that when the so-called “Religion of Peace” ™ decided to wage bloody war on the West, we “Nice People” fell all over ourselves trying not to be confrontational. We very respectfully blew the hell out of countless wanna-be martyrs and jihadists, all the while pretending that this had little or nothing to do with the core doctrines of a whole religion. It was utter nonsense, but we all pretended to believe it, lest we cause offense to our Muslim friends and neighbors who weren’t psychotic nutjobs bent on murder. Like I said, we’re Nice People–and Nice People try not to cause offense.

But it turns out that being nice isn’t always the way to avoid conflict. If someone insists that something about the very way you are is offensive to them, you have a choice: either tell that person you’re terribly sorry, but he’ll just have to go fuck himself–or decide that you’re willing to live your life constrained by what the other fellow considers offensive.

Nice People, when confronted with this situation, typically decide that a little bit of self-censorship is a small price to pay for keeping the peace. And, within a broad spectrum of American societal norms, I don’t have a problem with this. After all, we can all agree that it’s rude to swear in public, talk about sex in front of children, or parade around naked on the street. At the same time, in a free America, we’ve had huge and earnest disagreements about whether or not people should be free to do exactly those things–and not always just on the Berkeley campus.

But now we find ourselves faced with a menace to exactly the sort of freewheeling give and take that makes life in the West meaningful. We have a huge number of people who’ve essentially said, “You’ll do things our way, our we’ll kill you.”

My friends,  my fellow Nice People, it’s time to stop being so damn Nice.

It bears mentioning that mere “niceness” isn’t the only reason we’ve let things get to the state where free-thinking Americans are afraid to call our these Islamist miscreants for the oppressive scum they are. A lot of us, quite frankly, are afraid. 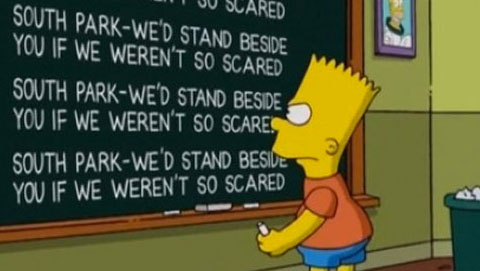 Sure, we’ll bravely mock Christians all day long with “artistic” pictures of the Virgin Mary in elephant dung, or crosses submerged in urine. We’ve also got a best-selling Broadway play, “The Book of Mormon” which takes the piss out those wacky (and ridiculously wholesome) Mormons in a  savage way. And for this, we applaud. We’re not so nice here. By sanctioning this sort of offense, we’re “edgy” and “brave”.

But point out the horrific problems with Islam–the repression, the treatment of women, and the sheer bloody trail of terror that follows it wherever it gains a majority, and suddenly we’re tripping all over ourselves to be the polite ones.

Let’s be honest for a moment. This isn’t about politeness. It’s about cowardice.

Because unlike those zany Mormons or those repressive and evil Christians, we all think that there’s a pretty good chance that someone who gets their 411 on what G-d wants from a Koran  will decide that he’s had quite enough of our B.S., and is going to try to kill us.

And make no mistake, the threat is real. As the obnoxious and brave staff of Charlie Hebdo found out so recently, as did any number of other Westerners who dared to be Western enough to think that they had actual freedom of speech. Stand up for it, and a nutcase may try to kill you. So decide if you think it’s worth it. 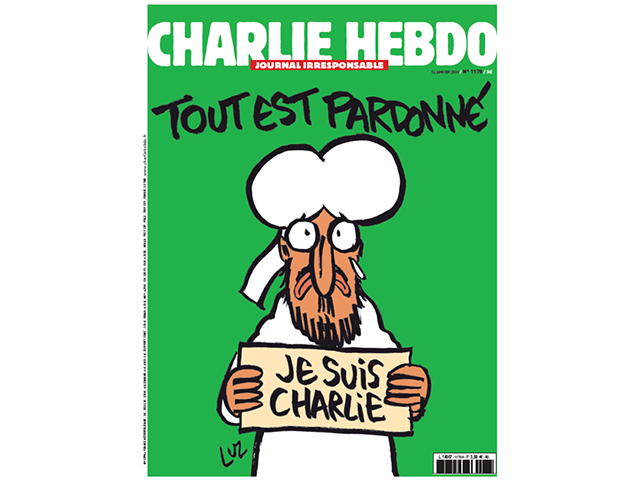 I don’t know about the rest of you, but I’ve had it. I’m sick to death of cowtowing to the so-called”Religion of Peace” and its fanatical followers. I don’t actually get up in the morning and think, “how can I offend someone today by saying something inconsiderate”, but G-d damn it, I’m not willing to sit here and let the craziest person in the room dictate the terms of what can be said in the West.

If you’re reading this from America or a country in Western Europe, congratulations. We were born in freedom, and most of us have never actually had to fight for it. Thankfully we have people like the ridiculously courageous Pam Geller at the American Freedom Defense Initiative–who showed her mettle with her provocative–and clearly needed–Muhammad cartoon contest this past weekend. It was a contest meant to prove a point about the low state of free speech in America–and explosive punctuation to this was added by two would-be mass murderers who showed up to try to slaughter the infidels who dared draw a fucking cartoon.

(As it turned out, the best illustration that day, as some wag put it,  was the chalk outline left around the two jihadis thanks to a sharpshooting cop providing security for the event.)

But if the rest of us wish to remain free people, we can’t afford to let the Pam Gellers and the Geert Wilders of the world do the work of defending liberty for us. We need to relearn the art of telling obnoxious prudes–especially the psychotic ones–to fuck the hell off.

At the very least, we should cut the “tut-tutting’ about being offensive when we discuss people like Geller and Wilders. Whether we would say what they say or not, their courage is what allows us the freedom in our own lives to express ourselves. Because if you think freedom of speech is only about the freedom to say socially approved things, you’re already a slave–and a moron.

Nice People of the World, it’s time to stop being so Fucking Nice.