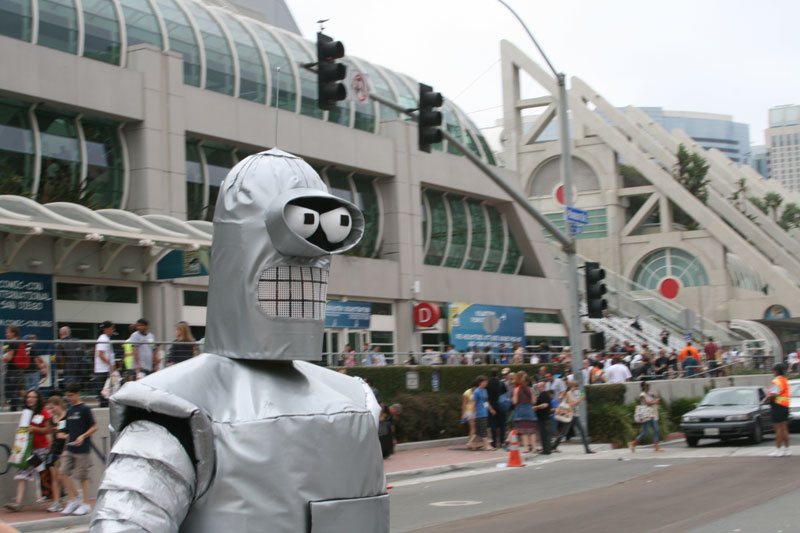 After months of preparation, several sleepless or near-sleepless nights, and a ten hour drive, we made it to San Diego to once again take part in that mightiest of comic events on Planet Earth.

We’d barely managed to get set up when the doors were flung open and what seemed like a mile-long line of comic fans burst into the San Diego convention center whooping it up in their search for goodies and comic-con exclusives. Within minutes the convention hall was a sea of people and the left half of it could only be moved through with a fair amount of determination. Pictures (and maybe even video) to follow, but it was unreal. And that was preview night!

This entry was posted in Atomic Avenue, ComicBase, Comics. Bookmark the permalink.

One response to “Comic-Con!”