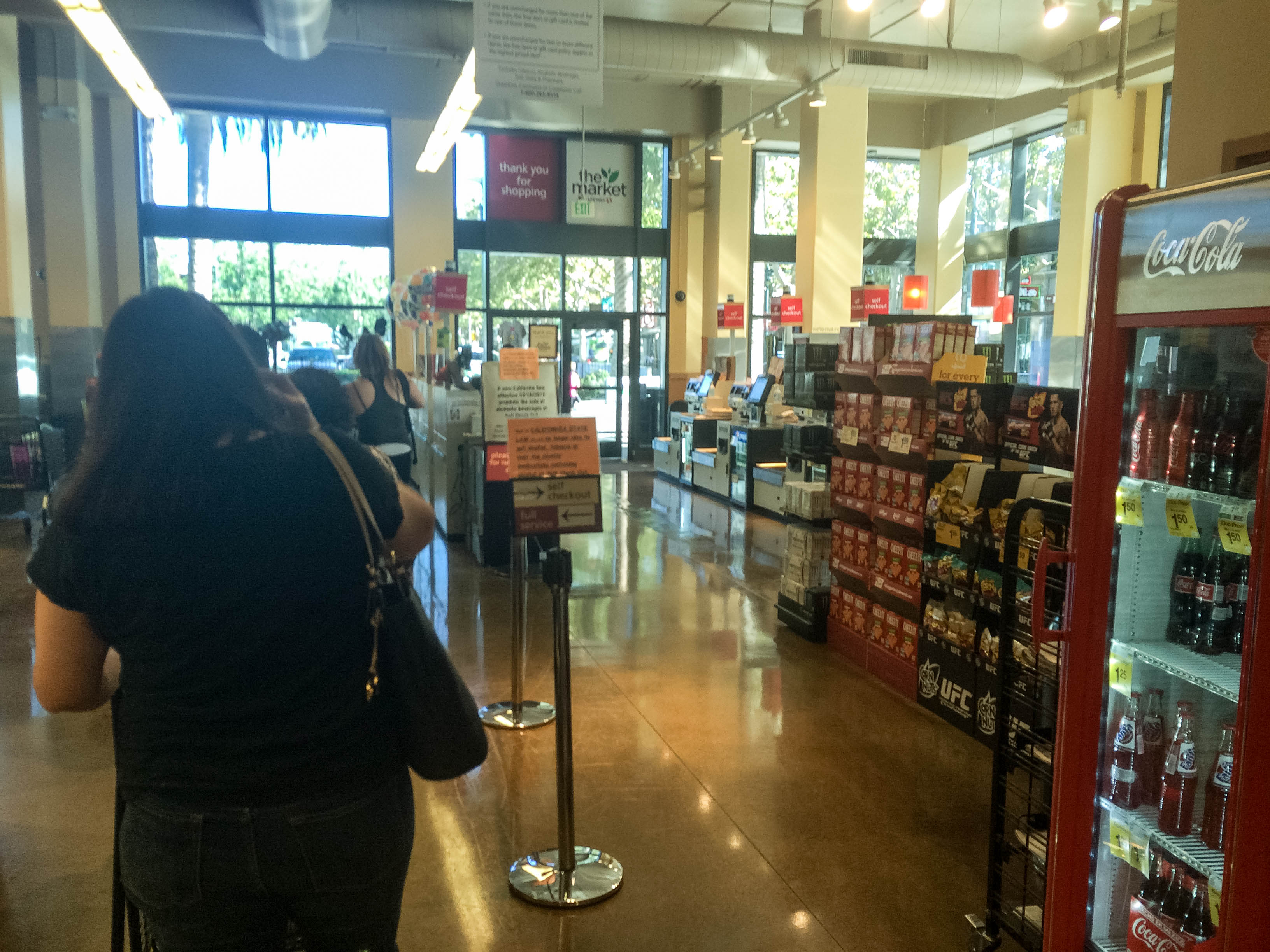 This was the scene tonight at my local Safeway as I attempted to grab a quick twelver of Becks to refill the office fridge.

In case it doesn’t look dire enough from here, here’s the scene behind me in line. 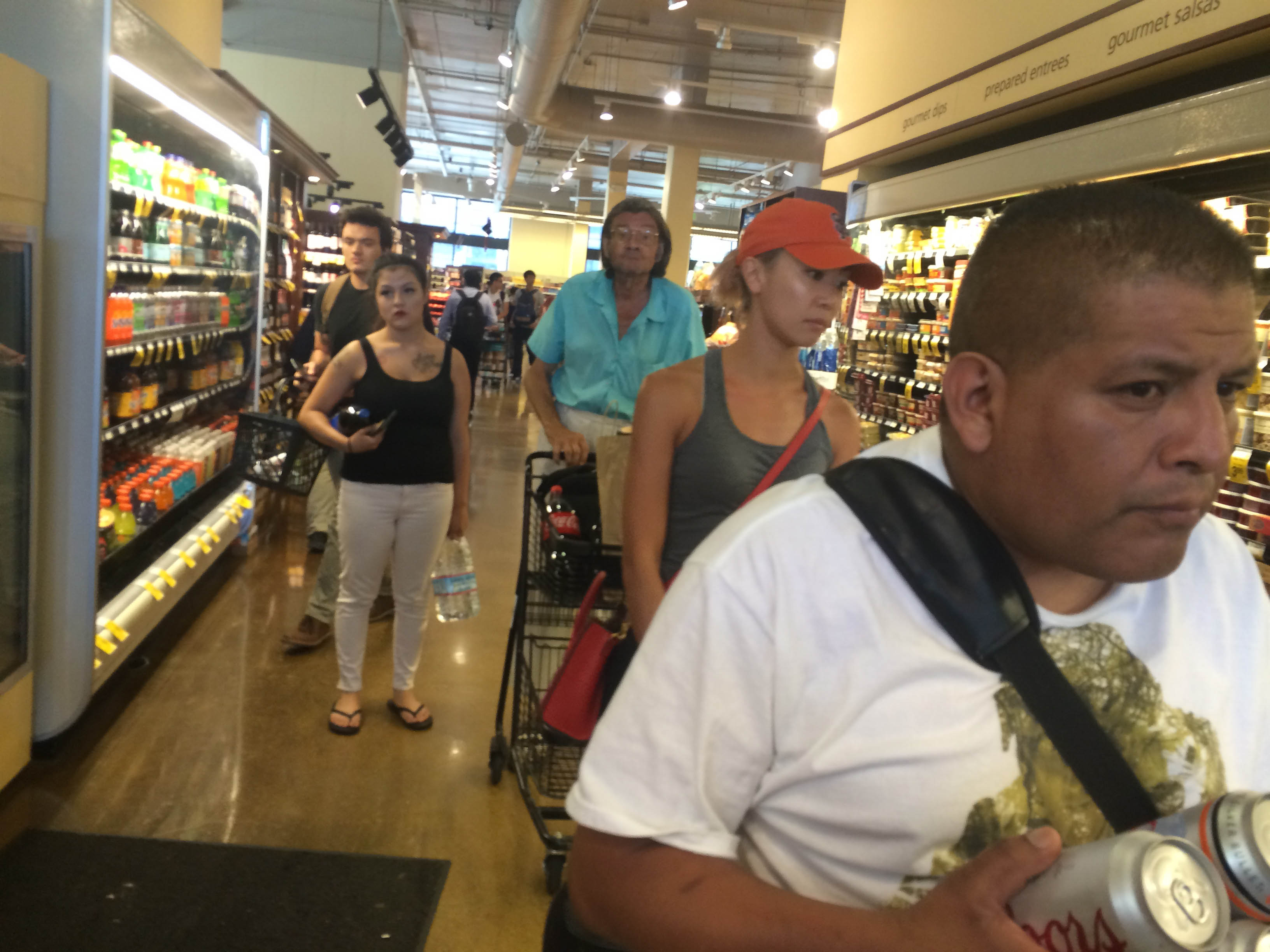 At this point, gentle reader. you might be a bit curious as to why Californians seem to love waiting in grocery store lines so much that they don’t speed their way through the four (!)  readily open self-checkout lanes seen at the front of the first picture. Lanes so lonely for company that the checker overseeing them began touting them, carnival barker-style, while none of the doomed patrons in line could do more than grimace and sourly wait for the next available spot at the one open checker.

In a another world–in fact, the world we had just 18 months ago as it turns out–I’d have grabbed my brews, swooped through checkout in a minute or less, and be back at my office jangling my still-cold beers in a plastic bag (that cost less than a penny to make, and which easily holds my purchases together while contributing nothing at all to the inconvenience of the journey, and requiring a fraction of the energy and environmental waste of the “eco-friendly” reusable bag that  every shopper in California is practically required to hoard).

But thankfully, I was saved from this hell of convenience by our wise leaders in the State Legislature–who have Done Something about the Very Pressing Problem of… uhh… what, exactly?

Stopping underage drinking? After all, a minor could just grab a case of beer and… what? Get carded at checkout by the scowling clerk watching the lines like always once the big “Alcohol Purchase–Show ID to Checker”: signal goes off on the self-checkout?

Were underage buyers really standing in line to law-abidingly pay for their non-lawful booze at self-checkout (vs. the much more sensible action of simply shoplifting the brewskis using the now-mandatory “reusable bags” that everyone now carries–thanks to the same legislators?)

If one is overly cynical about the actual motives of this law (and I’ve found it’s very, very difficult to be even appropriately cynical where politicians are concerned), one might suspect that the actual reason for this new prohibition is to lessen the usefulness of self-checkout–which has been catching on hugely in the past few years since it offers customers a way to pay without waiting forever, and which offers store owners a way to control labor costs in an era of massive increases in mandatory minimum wages.

Perhaps it was a payoff to their friends in the grocery unions. Or a way to “Do Something” about the lack of employment brought on by their ever-increasing minimum wages that make it utterly uneconomical to hire low-skilled workers for starter jobs… like checkout clerk.

But once again, thanks legislators. Your willingness to step forward and Do Something–about plastic bags, minimum wages… and now the terrible perils of unregulated self-checkout… has made grocery shopping in California the delight it is.