A powerful, well-supported installer  that checks all the boxes in terms of features and stands well above the rest of the pack in terms of support and ease of use.

Windows Installers: A Den of Scum and Villainy…with the Occasional Hero

The world of Windows Installers is a bleak one for the most part, full of bloated, breathtakingly expensive, and frankly lackadaisical offerings from the industry leaders, and half-baked, ill-supported packages from the less-expensive competitors.

Almost all come with fearsome learning curves, four-figure prices for initial purchase (with much more required for support and maintenance), and a general “hands off” approach to customer relations once the purchase has been made.

Unless the package you’re deploying is incredibly simple in nature, you’re likely to find yourself overmatched both by the prices and the complexity of the various installer packages, with little in the way of support except the odd technical forum or too-slow-to-be-useful email support system.

Having dealt with more of this sort of thing than we’re comfortable recounting, it was with some surprise that we dug into the workings of Caphyon Ltd.’s Advanced Installer 12.2 and found what appears to be a company that is actually throwing some effort into making an installer package that’s both usable and full-featured enough to handle complex installs.

Advanced Installer comes in multiple versions, from the surprisingly full-featured $399 Professional version to the $2999 “Architect” version which is, frankly, of most use to sysadmins managing very complex enterprise software distributions. A freeware version for very simple installs is also available.

Most Windows application developers will find themselves drawn to the Professional version, which handles both installation and updating of 32 and 64 bit applications across any Windows platform. Those with need of patch creation or dialog editing will find themselves eying the $1499 Enterprise edition, as will those who need to take advantage of the all-too-common need to add the software they’re installing to the Windows Firewall. The need to shell out another $1,000 to get that last feature is a particular pain point to small developers.

A full breakdown of the features of the various versions can be found on the Caphyon web site.

Getting into the IDE

Caphyon makes a decent attempt to ease the burden of creating an installer by providing numerous project types to start you off. Unfortunately, the descriptions of each type could use a bit more fleshing out, and it wouldn’t be a bad idea to quiz the user a bit on the sort of features they intend to use to help them pick the proper template. 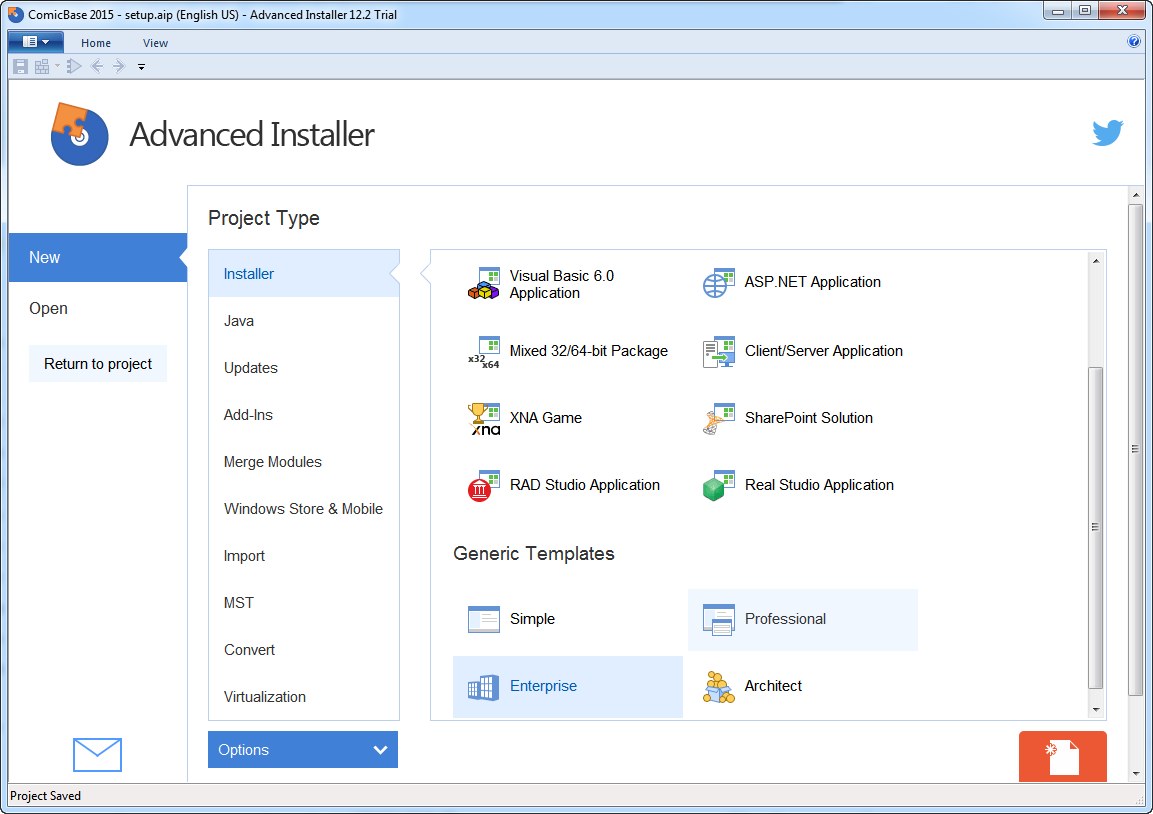 Once you’ve chosen a template and gotten started, most of the work is accomplished by stepping through the various product information screens to define how your product will be installed. 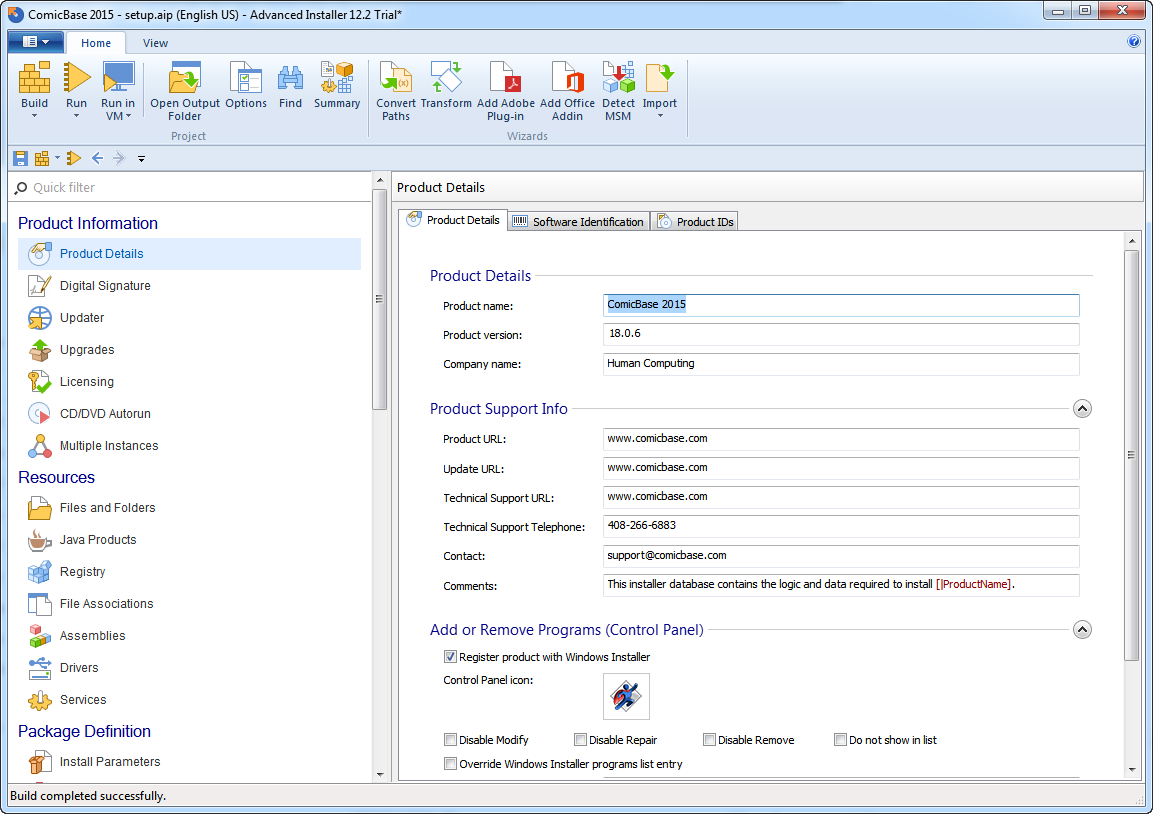 These pleasantly work in a fairly standard manner, but with a number of nice interface touches along the way to help guide you along and prevent common errors. There’s a general attention to detail on display throughout the IDE which — although it doesn’t quite rise to the level found in consumer level software — goes far beyond what is typical in enterprise offerings such as this.

Advanced Installer does a good job of providing context-based help, and their web site contains copious documentation which is reasonably organized, if sometimes a little light on details. They also host a strong support community with a surprisingly high “signal to noise” ratio in terms of providing guidance.

Another area where Advanced Installer rises about the rest of the contenders for InstallShield’s crown is in the responsiveness of their technical support staff.  Support was friendly, and–more to the point–got straight down to business in solving the problem with a minimum of time-consuming back-and-forth.No matter how skilled you are as a developer, it’s comforting to know that the product you’ll be relying on to build your own product is well-supported–both by the company itself and its community of users. Here, Advanced Installer shows some real strength.

We used the 30-day trial of Advanced Installer to really work the product over by devising a copycat installer of our horrifically complicated ComicBase Archive Edition install–a beast of a project that involves everything from installing .Net frameworks and configuring dozens of merge modules to installing everything from fonts to graphic files across numerous folders on the target hard drive. 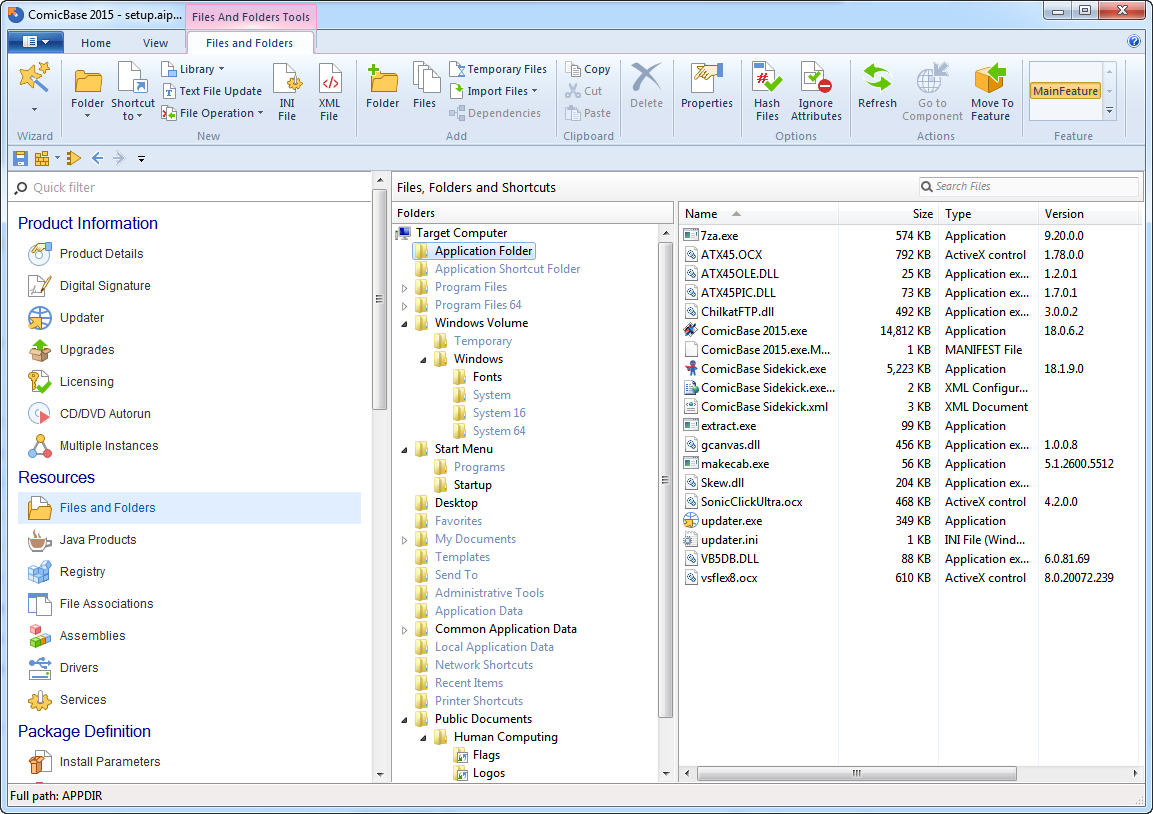 We won’t lie: we did hit a few hitches along the way, and turned to Caphyon’s tech support a couple of times to answer questions about how things work, and at one point to address a bug in the generated install file. All things considered, however, the experience wasn’t half bad, and we managed to get a working version of the installer generated with less than a day’s work.

Having used competing products from InstallShield, InstallAware, and Wise, the Advanced Installer IDE was similar enough to be navigable without a lot of instruction, and did a better job than most of the competition in guiding us through the more complicated bits of the process. It also excelled in the sheer speed of the IDE, never suffering the slow-downs that made others come to a crawl once large numbers of files were added.

The product as a whole still feels “young” — with a few rough edges to be found for sure, but also with an energy behind its design and its support community which is sorely needed in the enervated world of Windows installers. We’d love to see further refinement of the product in terms of additional wizards for complex areas (e.g. setting up firewall exceptions), as well as with better integrated support for providing repositories of downloadable merge modules and the like.

All in all, however, Advanced Installer was a very pleasant surprise: a much-needed shot of youthfulness and energy in a sedentary field of development, but one which carries with it the sort of chops that allow you to take it seriously for the creation of even very complicated installers.

One response to “Review: Advanced Installer 12.2 from Caphyon Ltd.”