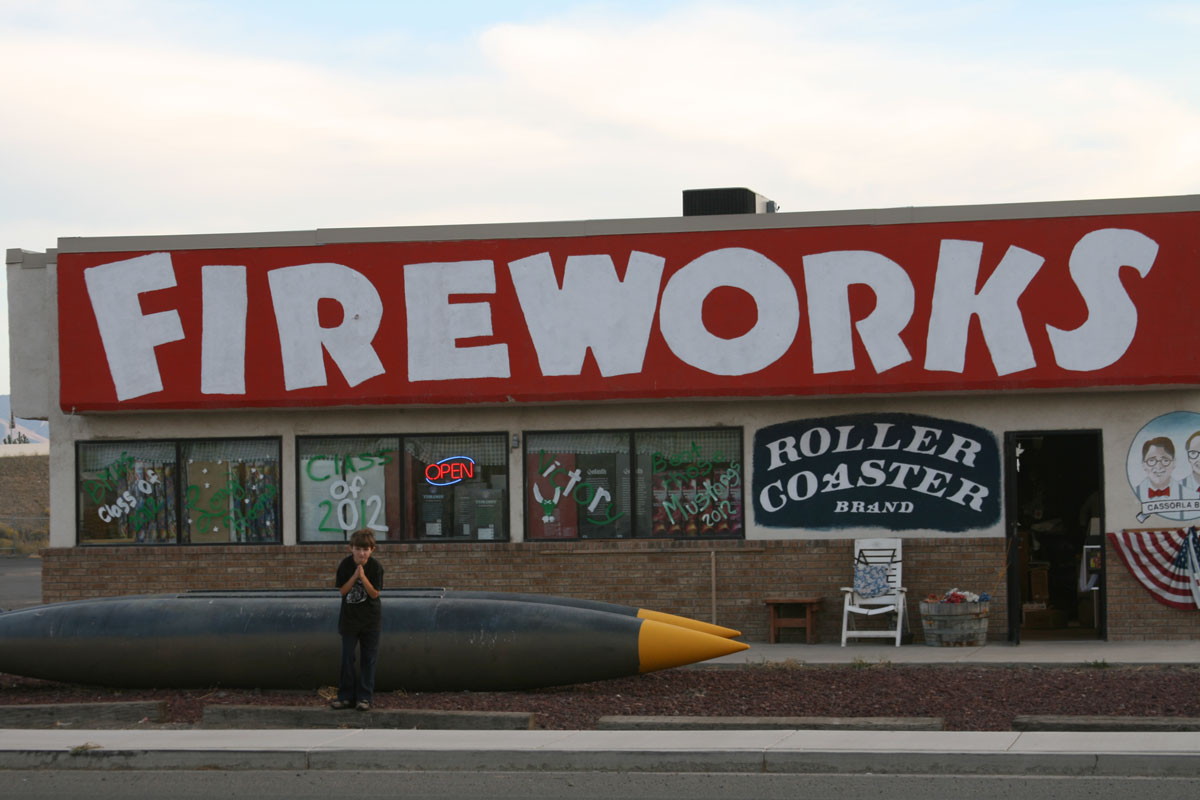 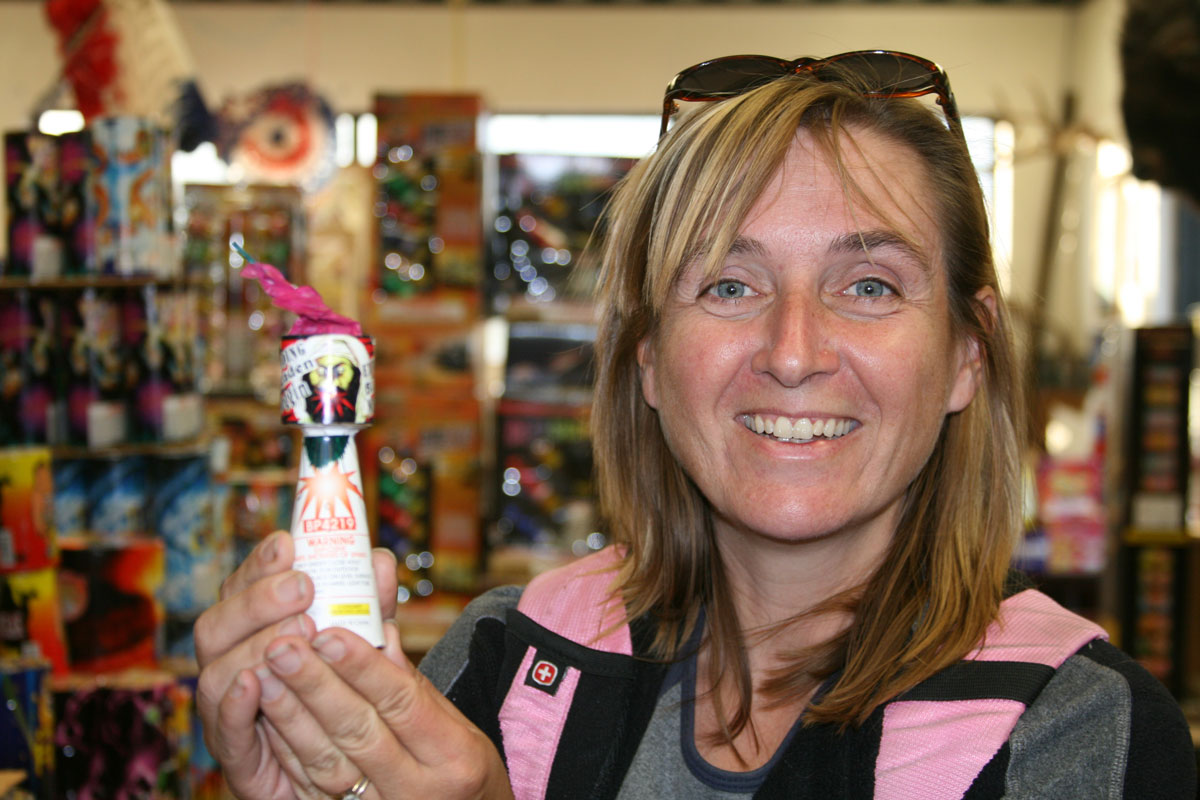 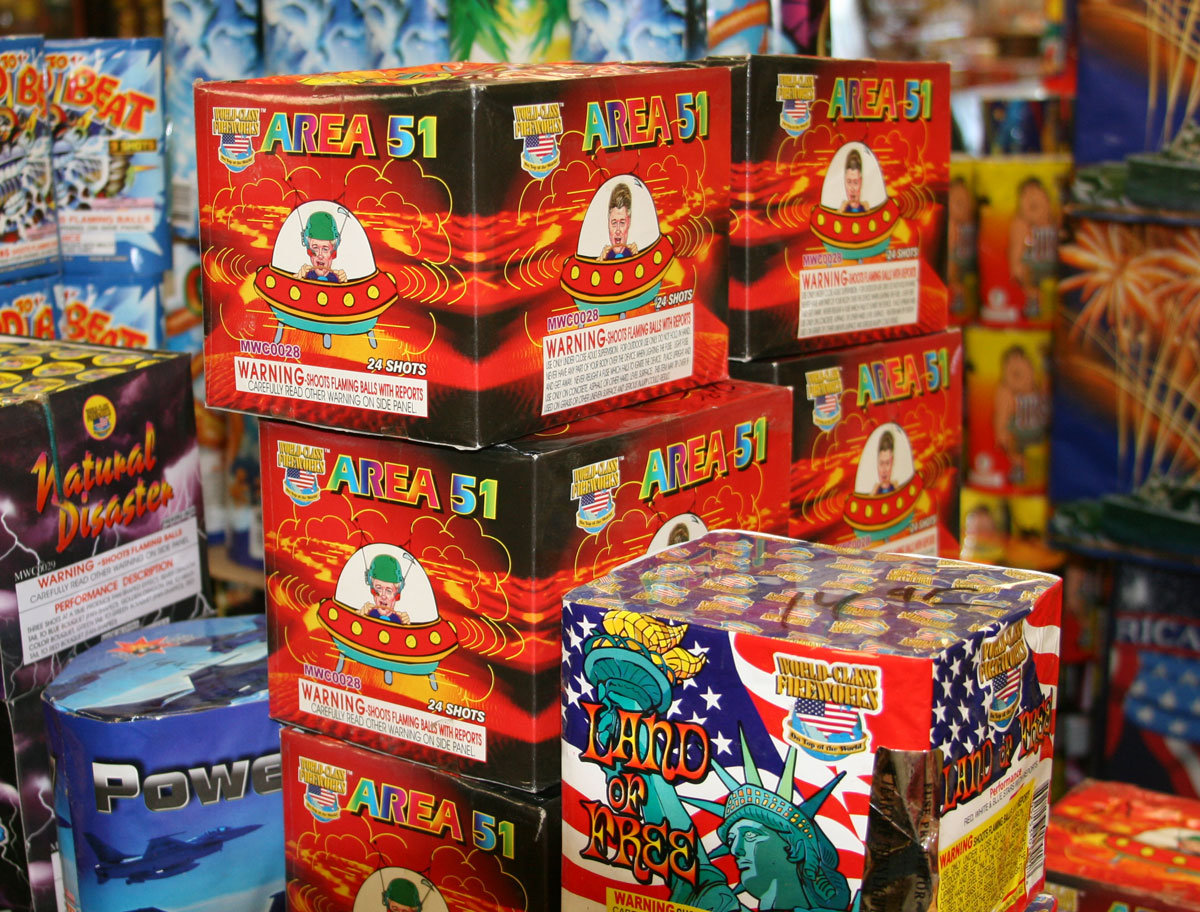 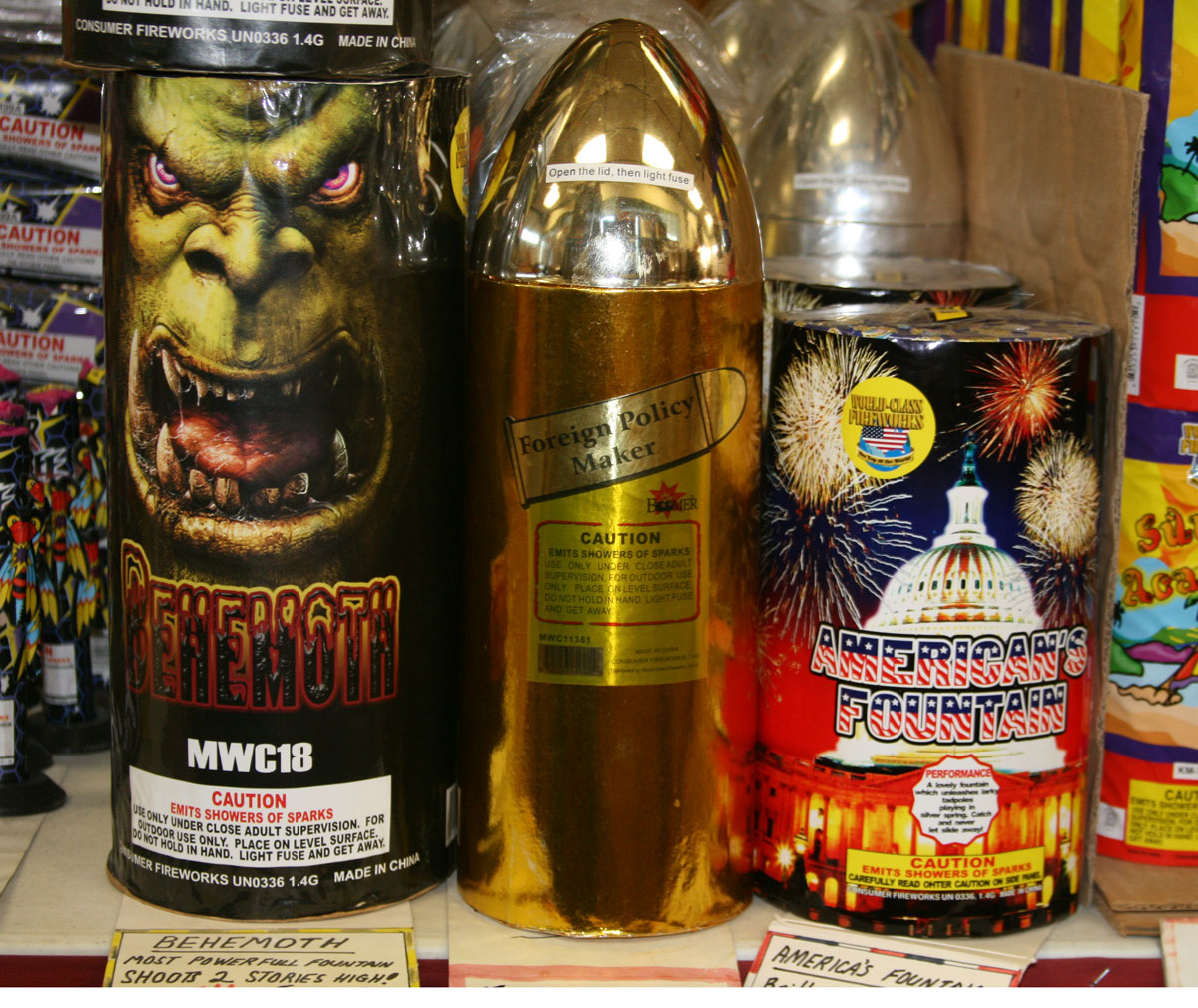 “You know what we should do, Carolyn? Take a big road trip with the kids. You know, the old ‘Alright kids, everyone get in the car. We’re off to see America!’ sort of thing. And then you just disappear for a month and drive to every little town and landmark from coast to coast. It’s be amazing! Yeah, we should totally do that!…”

Dear Lord, we’re actually going to do it. What was I possibly thinking? If only I hadn’t had that extra glass of wine that night…

In just ten days, the family and I will be heading off on what should be a heck of an adventure. We’re going to be spending four weeks travelling from California to the Grandparents’ place in Gettysburg, PA and back—by car—with stops along the way including Salt Lake City, Mount Rushmore, Chicago, New York City, Washington, D.C., Orlando, New Orleans, Austin, San Antonio, Las Vegas, then home to San Jose. Not counting the inevitable side-trips, it’s going to be something like 9,000 miles in all.

Yes, it’s the big, “Let’s take the kids and go see America!” trip that a lot of us had when we were kids, and which I’ll likely never have the chance to do again—at least not when my kids are in those magic ages between being old enough to sit still in the car for hundreds of miles at a stretch, and being too old and jaded not to wonder at sights like the Statue of Liberty, the Liberty Bell, and the Smithsonian.

I’m sure that at some point on the trip, I’ll wonder what madman dreamed up the idea of sticking four people in a car for a month, but I still suspect it’ll be a vacation that we’ll all remember—for better or worse—for a long time to come.

The current plan (subject to change based on technological soundness and human endurance) is to try to keep in touch with the world back in San Jose as much as possible, or at least wade through as much email as I can during the inevitable downtime. It’ll be interesting to see what an extended road trip is like in a world where many of the Wide Open Spaces still have the Internet, streaming audio, and Remote Access. I guess this is all a way of saying that although I’ll be winding my way around the country for a month, I won’t necessarily be out of touch during that entire time. (I’m not sure if that’s a Good Thing, or a Very Bad Thing).

Speaking of geek stuff, I will shamelessly bleg (blog + beg) for help on two issues that have me stumped. If anyone can offer expert advice on these, please drop me a note or comment:

1. How the devil do I hook up an iPhone to read Exchange Server mail? We’ve got a Sonicwall firewall (T1705, I think) in the office, and no amount of twiddling with the iPhone firewall settings ever resulted in my new, supposedly Exchange Server-ready Phone seeing my mail server. Any iPhone/Exchange Server users out there who can give me some advice?

2. I just got my first real video camera, a Canon which shoots HD video in AVCHD format. Unfortunately, however, this format is utterly unsupported by my current video editing suite (Adobe Premiere/Production Premium CS3). I’ve tried the Pinnacle suite suggested as an alternative, but, as Jean-Louis Gassee used to say, “it could be even better” (i.e., it’s an unusable mess of a product). Can anyone out there suggest an alternative? (Or alternately, are there any Adobe folks reading this who know if CS4 will do the trick?

Thanks to all for any help you can offer (and bribes of comic software and/or freshly baked cookies are certainly within the realm of possibility!).

Blast from the Past: Chicago Comic-Con 1995

Here’s the ComicBase booth tricked out for the Chicago Comic-Con in 1995. I just recovered the photo from a long-forgotten folder of pix taken with–I’m pretty sure–a QuickTake 150, my first digital camera (I may have even been borrowing it at the time!). 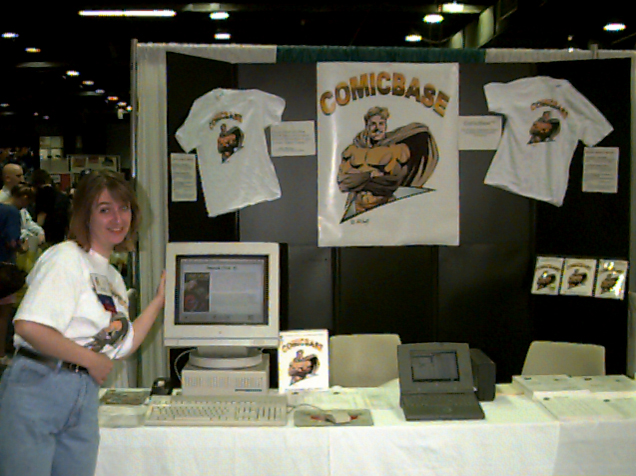 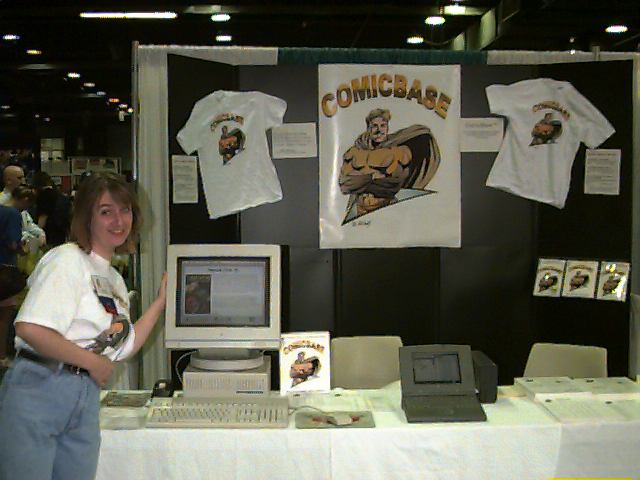 If memory serves, this would have been ComicBase 2.0 (possibly 1.2 or 1.3 at the time). Fabulous wife Carolyn is serving as booth babe, and looking terrific as always!