A Classy Exit for the Groupon CEO

The board kicked Groupon CEO Andrew Mason to the curb today. Regardless of the business record under his tenure, his exit memo shows a lot of class:

(This is for Groupon employees, but I’m posting it publicly since it will leak anyway)

After four and a half intense and wonderful years as CEO of Groupon, I’ve decided that I’d like to spend more time with my family. Just kidding – I was fired today. If you’re wondering why… you haven’t been paying attention. From controversial metrics in our S1 to our material weakness to two quarters of missing our own expectations and a stock price that’s hovering around one quarter of our listing price, the events of the last year and a half speak for themselves. As CEO, I am accountable.

You are doing amazing things at Groupon, and you deserve the outside world to give you a second chance. I’m getting in the way of that. A fresh CEO earns you that chance. The board is aligned behind the strategy we’ve shared over the last few months, and I’ve never seen you working together more effectively as a global company – it’s time to give Groupon a relief valve from the public noise.

For those who are concerned about me, please don’t be – I love Groupon, and I’m terribly proud of what we’ve created. I’m OK with having failed at this part of the journey. If Groupon was Battletoads, it would be like I made it all the way to the Terra Tubes without dying on my first ever play through. I am so lucky to have had the opportunity to take the company this far with all of you. I’ll now take some time to decompress (FYI I’m looking for a good fat camp to lose my Groupon 40, if anyone has a suggestion), and then maybe I’ll figure out how to channel this experience into something productive.

If there’s one piece of wisdom that this simple pilgrim would like to impart upon you: have the courage to start with the customer. My biggest regrets are the moments that I let a lack of data override my intuition on what’s best for our customers. This leadership change gives you some breathing room to break bad habits and deliver sustainable customer happiness – don’t waste the opportunity!

I will miss you terribly.

The World is (Practically) Sold Out of Ammo

Check out the home page (and video) from LuckyGunner.com — one of the few places until recently, which wasn’t sold out of ammunition. It’s a funny piece, but the conditions it hints at are startling. 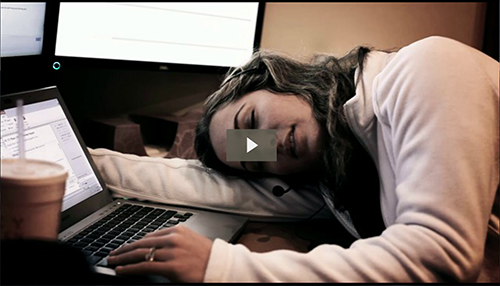 About 14 billion (with a “B”) rounds of small arms–pistols and rifle–ammunition are sold each year, and by all appearances, the world is essentially sold out of ammo. Stop for a minute and think about what it takes to clear that much ammo from the shelves. Essentially, it takes millions of people thinking that ammo is about to be hard to come by, so they’d better stock up now.

Several years ago, when I bought my first pistol (the excellent Heckler & Koch USP 45), I was shocked to find that it was nearly impossible to buy the (absolutely common) .45 caliber ammunition I’d need to go out and actually shoot with it. I checked everywhere: from Walmart and local gun shops to internet outfits that deal in millions of dollars worth of guns per year.  In the end, I wound up buying a couple boxes at a gun show for almost a buck a round, and considered myself lucky.

Several months later, the apparently country-wide ammo shortage loosened up a bit, and my belated back-orders placed at Cabela’s and MidwayUSA started arriving. Since ammo had been in such critical supply, I’d taken to putting in backorders of case lots, and as a result eventually wound up with so much of the stuff that I could barely fit it all in my safe. It’s not that I really meant to be buying ammo like I was starting up a rebel faction in Waziristan, but the shortages had set me to hoarding the stuff–much as I’d hoard HDMI cables or cases of Twinkies if it looked like I might never be able to get my hands on them again.

When it looks like supplies are in jeopardy, people take steps.  I get that. Frankly, it’s perfectly rational behavior when faced with a potential shortage of any item. In time, supply equalizes with demand, thanks to our old economic friend “market price” and the world gets back to normal.

After a couple of years of relative normalcy, it seems that the politicians have triggered a whole new round of craziness with their latest attempts to ban everything from hollow point ammunition (critical for self defense and hunting) to normal-sized magazines, to the ever popular “assault weapons” ban which mistakes the cosmetic features of popular semi-automatic rifles for their fully-automatic military counterparts.

As a (relatively) new gun owner, I can say that the common feature for all these bans and proposed bans is that they’re the sort of thing I would have agreed with if I got all my knowledge of firearms from watching movies and TV. As you actually start understanding the technology of firearms, however, all these bits of political grandstanding come across as pure idiocy, with ignorant politicians trying to whip up uninformed voters into a frenzy because it’s important to do something.

To translate from the world of firearms to something more familiar to my geeky friends (or my pre-gun-owning past self), let’s try speaking in computer metaphors. From a technical standpoint, banning “Assault weapons” (defining it as the politicians use the term, to mean semi-automatic weapons like the AR-15–not as the military would define the term, where restrictions on fully-automatic weapons have existed since the 1930s) is like banning shiny black Alienware laptops, while allowing boxy grey Dell laptops. The only real difference is that one looks cool, and the other doesn’t–they work exactly the same way!

The “thinking” behind this is that nobody needs more than 7–or maybe 10–rounds in a handgun. Except, of course, any actual people like policemen who expect to use their firearm when their life is on the line.

People in those situations virtually all use the standard 15 and 16 round magazines [and carry spares] because real life doesn’t come with “auto aim” like in video games, most shots don’t hit the target, and they can ill afford the 2-3 seconds it takes to swap magazines when multiple assailants might be trying to kill them.

Call me crazy, but should I ever need to draw my weapon to defend my life, I’d like to have the same chance that the local beat cop has.

But if you’ve never shot a real gun, or never had to take seriously what’s required to use a firearm where your life is threatened, all of these bans and restrictions likely sound quite plausible. It also helps if you get all your information on gun use from watching action movies.

My guess is this is how crazy laws like New York’s new “SAFE” act get passed. That law reminds me strongly of Lego’s policy of not using 20th century weapons on any of its mini-figs (muskets and bows and arrows are OK, as are light sabers and ray guns). The SAFE law banned magazines containing 7 or more shots–i.e., effectively prohibiting all modern handguns which aren’t revolvers.

Conveniently, the ATF reports that the most popular criminal weapon in the US is a Smith & Wesson .38 revolver, so at least the thugs won’t have a problem sticking up the local convenience store. The owner who might have to desperately fight to save his life better make his 7 or less shots count, and hope that there isn’t more than one attacker.

So where does this leave us all? In a world where sensible gun owners are buying up every round of ammo they can find, before crazy politicians decide that legal guns are about to become illegal (or at least hard to get and very expensive). And in a world where you can sell out of a product they make 14 billion of each year, it tells you that an awful lot of folks feel like they better get their orders in now before the silly season hits in earnest.